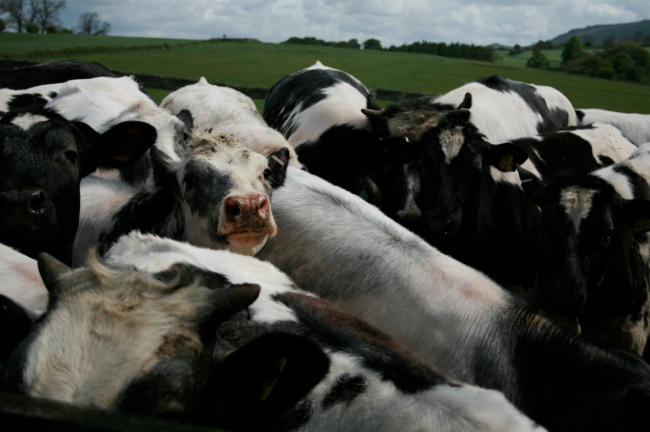 I read recently that 80% of food intolerances are attributable to grains, pulses (beans, lentils), dairy, and refined sugar.  So, as an experiment I have altered my diet to cut these things out (mostly).  If one thinks about it there is quite a lot of really nice things left to be eaten: veg, nuts, fruit, fish, and animal meat (although I struggle a bit with the meat and think hard about where my veg comes from).  I have also been surprised at how much is available to eat and each day am discovering new foods, which are more “right” from a political ecology perspective than the grains that used to dominate my diet. By pursuing these alternatives I am also contributing to reshaping global food politics in ways that are, at least for now, more sustainable.  So while some things I once considered to be food, have now un-become food, other things I had not thought of before or only thought of in narrow terms have entered my moral and ecological pantry.

Cutting out anything with gluten (this includes wheat, oats, rice, and corn) is not easy.  The obvious things that one immediately considers one can no longer eat, such as pasta and bread, have to be rethought.  I also discovered recently that soy sauce contains wheat as one of its major ingredients.  But what I have learned in particular, which for me is more interesting, is that rather than consider what I cannot eat, I can make an adventure out of finding things that I can eat, which have similar textures, flavours, etc to those old foods, and, as an added bonus, have the potential to offer a moral advantage to those wheat and corn based foods I was eating before.   These new sources of food are rather unexpected and include, for example, various forms of coconut, a whole range of new types of ground foods that work like flour (almonds, cassava, taro), and sweet potatoes. 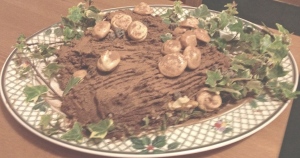 While never a key element of my diet previously, coconut derivatives are now something I have nearly every day.  Coconut sugar is my sweetener of choice.  It works well in deserts and I have it in my coffee in the morning.  I use less and it is fair trade, which also allows me to avoid those sugar manufacturers whose histories are imbricated with the history of empire.  I have taken to drinking coconut water as a substitute for fruit juice or fizzy drinks.  I am also discovering the merits of coconut flour, which imparts a lovely flavour and smell to cakes–It was the chief ingredient in this year’s Buche de Noel.  The brand I get is Tiana, a brand that is both organic and fair trade. These distinctions are important as the increased demand for coconuts that are not fairly traded does not translate into better living arrangements for those in places like Sri Lanka, The Philippines, and Indonesia (see this article from Time concerning just this issue).

Coconut has been a chief agricultural commodity produced in the Philippines. This country is in the top 20 most populated countries.  As well as rapidly increasing in population density, it is regularly subjected to Typhoons and its economic ranking is toward the bottom with remittances from (mostly) women working as maids elsewhere accounting for at least 10% of GDP.  In recent years coconut farm land is being replaced with residential subdivisions.  For those who farm (or once farmed) coconuts, this conversion of land from food producing to a form of financial capital has meant a shift in terms of who gains their livelihood from this land.  Not surprisingly the beneficiaries, supported by government policies to liberalise agriculture, are not the the farmers who tend the coconut plantations.  Until the demand for fairly traded and exported coconut products increases globally, this imbalance will continue to strengthen and the coconut plantations (and livelihoods) will be lost (for more on this see the maters thesis written by Pryor Aldous A. Placino, available to download here). By shifting my food consumption from wheat to coconut I am redirecting my financial capital away from big agribusinesses, like Monsanto, to smaller scale farmers in less developed parts of the world and, for now, contributing to the wellbeing and sustainablity of a poor population. 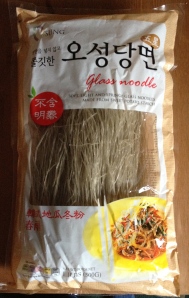 I have also begun to really embrace sweet potatoes.  A high source of vitamin A, they can be baked like a potato or chipped, they also can be shaped into patties to use as a vehicle for pasta sauce or pesto.  The form that surprised me the most, however, is that they can be purchased as noodles of many shapes.  I particularly like the glass noodles as they work well in many asian dishes.  These sweet potato based noodles are the traditional form found in Korea (here is a recipe that uses them to great effect).  While China produces the majority of the world’s Sweet potatoes (mostly for animal consumption), they are a staple part of the diet in many parts of Africa, and in the Pacific Islands and were an important part of the diet of native Americans living in southern states in the US.  As such, they, like the coconut, are part of foodways that are not western European in origin. By preserving the sweet potato (and coconut and cassava root) and its derivatives as food, we also contribute to maintaining a diverse food culture globally, which acts against those trends that some refer to as the McDonaldization of both culture (homogenising food ways globally so that they resemble an Americanised, fast-food, high carbohydrate, wheat based diet) and society (the rationalisation of tasks into discrete and geographically uniform actions). What is more, I can purchase these foods from my local “ethnic” supermarket, owned by immigrants who are largely serving an immigrant community not traditionally nor sufficiently served by the big 4 supermarket chains in the UK. In short, this is not posh food.

My new way of eating does not eschew meat.  Meat has received a lot of attention lately by those concerned with the politics of food. This attention on the problems associated with the consumption of meat is not without merit. Certainly, there is no denying the issues in the last year over beef that isn’t quite beef (a.k.a. the horse meat scandal of 2013).  What is more, to get a steak you have to have a cow and there is also clear evidence that cows are quite resource intensive to produce.  Each cow, in the three years it lives before becoming food, typically consumes about 1300kg of grains (of which soy beans are increasingly a large part, but so is corn and wheat), 7200kg of roughages (grass, hay, etc), and to produce these inputs requires 3,060,000 litters of water on top of that, the cow itself will consume another 24,000 litters (Angelamorelli.com info-graphic).  Beef cattle are also a big source of methane gas; agriculture has been identified as the biggest contributor to methane gas emissions linked to global warming (US EPA). What is more, because agricultural practices frequently introduce growth hormones into animals in order to shorten the amount of time they must be reared before slaughter there is some evidence that the problems associated with this are being passed on to humans (e.g., early puberty being one such problem–see this NYU Langone Medical Center report on the debate).  All issues to cause one to consider the merits of a meatless diet.

The current framing of these issues, I would however suggest, places an over emphasis on the cow and inadequately considers the role of humans in the production of the problem.  Grass fed, organic cows, for example are less water greedy and don’t come with the hormone problems.  Likewise, methane gas can be reduced considerably through better feeding techniques (e.g., grass feeding instead of soy and corn based foods fed) and practices that allow cattle to roam freely, and therefor avoiding the concentrations of affluent associated with keeping animals together in confined spaces (see this report for more).   Consuming small amounts of meat offers a considerable amount of energy, released over a longer period of time than from carbohydrate based food sources that also cause spikes in insulin.  So some mixed results here, but not the entirely bad food we are sometimes led to believe. The rule I follow is to eat meat in reasonably sized portions (e.g., a fist sized amount) and alongside larger amounts of vegetables. But more importantly to try and eat meat that is sustainably farmed, and when possible produced locally on a farm that I can visit to ensure pasture feeding and high welfare standards. It is more expensive, but by limiting the portion size or buying cheaper cuts to be cooked slowly, I can afford to purchase better meat.

I have found that by cutting out refined sugar, dairy (though I do have about a half cup of goat milk in my coffee each morning), grains, and pulses I do feel less bloated, my skin has cleared up (I am in my late 40’s and really too old to still be having breakouts–it just is not right), I have more energy and need to sleep less, and have fewer mood swings. I have reservations about the issues that arise from eating meat, but try to limit the effects of this consumption through buying meat that is farmed according to more environmentally sound principles (e.g., organic, grass feed, free range and when possible knowing the farmer). I also feel really good about reducing my dependance on grain crops of which an increasing share are genetically modified (GM), their production dominated by companies like Monsanto (see this article by Marion Nestle), and frequently used as a tool in world politics (see this article) and to reinforce the divisions between those who have and those who have not (see this report on how speculation in commodity markets, not supply and demand increases the cost of grains like wheat, making them unaffordable).  Sugar, likewise is similarly politically charged, and I don’t really miss it at all.  But the added bonus of eating this way is that not only have I discovered new foods (or new forms of old foods) to cook with, but in buying those foods I am supporting a more diversified food market and contributing to the development of the agricultural economy that is more likely to be located in parts of the world that are less well developed, while at the same time supporting the continuation of a globally diverse food culture.